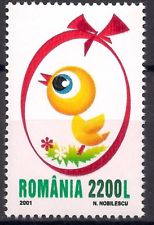 The eternal dilemma when devising language lessons is how to balance vocabulary and grammar. At one extreme is the immersive approach: dump a heap of words on the learner’s head and gradually untangle the grammar as you make progress. The advantage of this method is that it’s practical: the student picks up essential phrases quickly that can be used in conversation, while the intricacies of syntax are left until some basic proficiency has been achieved. The downside is that it’s very labour intensive, because in the beginning every phrase has to be learned as a self-contained element. At the other end of the scale is the structural approach that I used for German: first acquire the infrastructure of the language, then hang the vocabulary from it. This is a more challenging, but more efficient way of learning, the main downside of which is that the student is pretty much inarticulate in the early stages because he or she has a restricted vocabulary.

Mondly is a heavily vocabulary-led method, at times to a fault. It teaches words visually, using pictures and pairs or quartets of words. At the end of every lesson two or three longer phrases are introduced. There is also a strong emphasis on learning verb endings, though this might be particular to Romanian, because its verb declensions are a weapons-grade headache – something I’ll undoubtedly come back to in later blogs.

The thematic lessons allow you to learn new vocabulary quickly, but unevenly. After a month of daily lessons I still haven’t encountered the words for the number four, road, say, or milk, but I can trot out a sentence like eu strig mai tare decât zgomotul din jur (Translated as: ‘I shout over the loud noise’). I’m not sure when that might come in useful, but the bigger problem is that I have only a dim sense of how this sentence is composed. Eu strig is the active verb – I shout – and I recognise zgomot as the word for noise, but I have to look elsewhere to discover that the -ul ending represents Romanian’s distinctive quirk of tagging the definite article on to the end of the noun. I presume decât to be the preposition representing ‘above’, but the significance of mai tare eludes me: is it mandatory in similar constructions? Is it an intensifier? And what about din jur? Mai has turned up in a few other contexts, such as Aceasta este prietena mea cea mai bună (this is my best friend), but there are no markers to explain its function. In the end I look up the individual words and find that the sentence has been loosely translated: tare is the word for ‘loud’, mai is ‘more’, so the phrase mai tare decât means ‘louder than’. This is a missed opportunity to introduce a common construction. Din jur, meanwhile, turns out to mean ‘surrounding’ – so a literal translation is ‘I shout louder than the surrounding noise’. Too much here is left for the student to intuit – some better supporting notes, such as explaining how articles are combined with nouns, would help the learner understand and retain the material they’re presented with.

Here’s another example: early on we learn the phrase for ‘pleased to meet you’, which is încântat de cunoştinţă. At first glance it looks like a jumble of accented vowels (though for those freaks who fetishise diacritic marks, it strengthens the feeling that we and Romanian are going to get along just fine) and a mnemonic nightmare. A little further down the road, after I’ve wrestled a few of those confounded verb endings into submission, I realise that încântat is a past participle, at which point it dawns on me – Eureka! – that this is enchanté in Romanian guise. Since this is a word that people with even moderate French – or a passing acquaintance with period dramas – would recognise, it would make sense to refer to this feature so that others could make the same connection.

In some instances the grammatical pointers are plain misleading. A double underline beneath a verb opens up a window that displays its spider’s web of endings, including the perfect and future forms. However, the English phrase ‘how are you?’ is accompanied by a breakdown of the verb fi (to be), which is useless because the Romanian equivalent, ce mai faci (there’s mai again), employs a different verb.

What I like about Mondly is the ways it uses visual cues and repetition to reinforce learning. Most lessons start with a quartet of words represented by images; then the same words are shown in pairs, again with images. Then you’re asked to translate them – first Romanian to English, then vice versa. So you learn the concept and the verbal meaning together, which is helpful to me as I find it easier to remember words if I see them on the page (this is one reason I didn’t choose a language with a non-Roman alphabet). Every lessons also includes a few ‘reminder phrases’ that have already appeared in previous lessons. This has two advantages: it restores vocabulary that’s been forgotten and gives your brain a rest from learning new words. A constant stream of new material quickly becomes dispiriting. By mixing old with new words Mondly allows the language student to take a breather and regain energy and confidence before attempting the next stage of the climb.

Continue: Anything to make the words stick